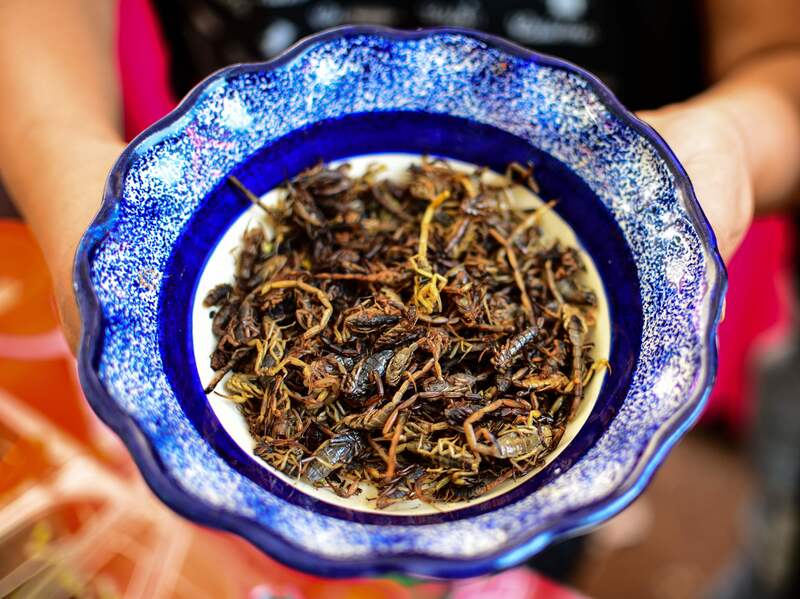 Insects, like those seen here in Mexico City in 2018, are being offered as protein alternatives for dog and cat food offered by Nestle’s Purina brand. (RONALDO SCHEMIDT/AFP via Getty Images) 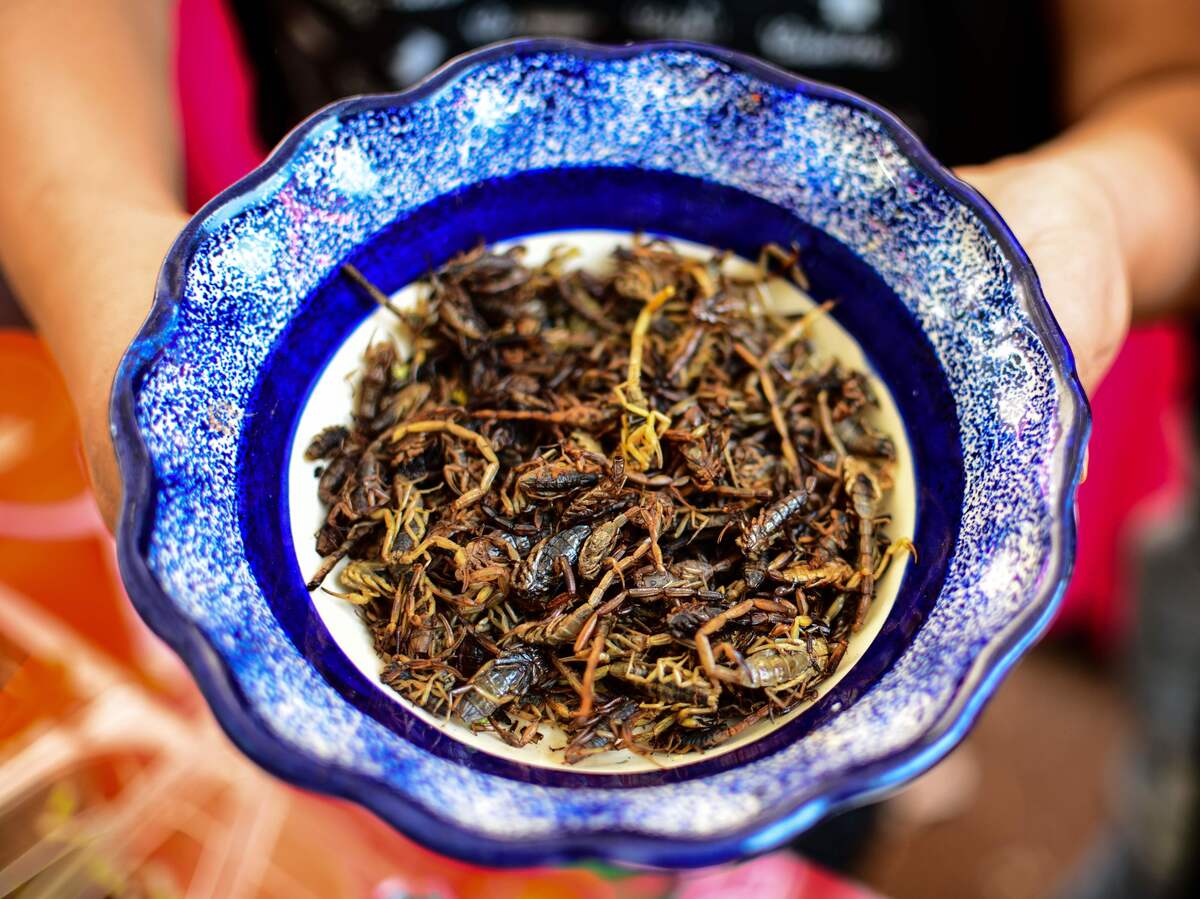 Insects, like those seen here in Mexico City in 2018, are being offered as protein alternatives for dog and cat food offered by Nestle’s Purina brand. (RONALDO SCHEMIDT/AFP via Getty Images)

In a move to more eco-friendly protein sources, the world’s largest food conglomerate is offering pet owners in Switzerland a new type of kibble for Fluffy and Fido. The secret ingredient? Black soldier fly larvae.

Nestlé’s Purina Beyond Nature’s Protein line launches in Switzerland’s Coop stores this month, Reuters first reported, with plans to expand to other European markets. One option uses chicken, fava beans, and the fly larvae protein. The other uses pig’s liver, millet, and chicken.

Nestlé’s Purina brand is embracing what the company views as a growing trend among consumers seeking protein alternatives for their cats and dogs, company representatives told NPR. A desire to be more environmentally conscious drives the consumer change, as does a perceived health benefit from a diet that substitutes meat.

Purina also plans to offer U.S. consumers an insect-based dry dog formula in January online, Lorie Westhoff, a Purina spokeswoman said. It will be rolled out along with several other formulas using protein alternatives, like the invasive Asian carp, she said.

The production of meat is responsible for releasing a large amount of methane which is a greenhouse gas. The United Nations says the world must alter food production to prevent the most catastrophic effects of global warming. Some companies in recent years have developed plant-based substitutes like Beyond Meat and Impossible Foods hoping to lure meat eaters away from eating so much of the real thing by offering a product that mirrors beef or sausage in flavor and appearance.

Insects, which are high in protein, are also viewed as a potential solution for global food insecurity. The UN predicts by 2050 there will be more than 9 billion people on the plant. To feed them all, the UN estimates bugs will need to be a critical source of protein.

Nestlé doesn’t have an estimate on the potential environmental impact of switching pets to a bug-based diet yet, the company told NPR. But they said they “generally see the need to diversify sources of protein in food for a variety of reasons, including environmental goals such as fighting climate change and protecting biodiversity.”

It’s unclear where Purina obtains the bugs the company uses in its food.

People for the Ethical Treatment of Animals recommends pet owners stick to vegan diets for their pets.

“There is no need to add flies to dog food—PETA has always recommended nutritious vegan food for dogs and cats,” a spokeswoman for the organization told NPR. “Animals used for food are individuals who experience pain, hunger, fear, thirst, love, joy, and loneliness just like dogs, cats, and humans do—and we should respect all life, even the smallest forms of it.”

The American College of Veterinary Nutrition recommends pet owners speak with their veterinarian for information regarding the appropriate diet for a specific pet.