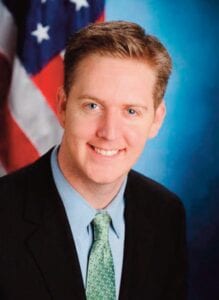 Assembly Members Andrew Hevesi, Donna Lupardo and Michaelle Solages wrote to Governor Andrew Cuomo on October 21 requesting his immediate assistance to address escalating rates of food insecurity in New York State. The letter was also signed by 56 legislators across New York State. The following information has been extracted from the letter:

New York State is currently withholding $2.3 billion appropriated from the federal government in the CARES Act, the largest economic relief package in American history. The CARES Act established the Corona Virus Relief Fund (CRF) designed to assist states and local governments in funding COVID-19 related expenses. Using the Corona Virus Relief Funds to pay these frontline food relief organizations during the pandemic is permissible under the federal guidelines for use of CRF funds.

In May, your administration announced the $25 million Nourish New York initiative which provided $25 million for food banks and providers most impacted by COVID-19. To date New York State has spent $15 million, the remaining funds are expected to run out at the end of October. When this happens, New York State must immediately allocate another $25 million.

The Assembly’s Standing Committees on Social Services, Agriculture, and the Task Force on Food, Farm & Nutrition Policy examined the impact of Covid-19 on food insecurity in New York State at a hearing on September 9, 2020. According to the experts that testified at the hearing, the following examples indicate the reality of food insecurity for many New Yorkers:

“In some families, the pantry is completely empty. In others, mom or dad skips dinner a few nights a week so the kids can have something to eat in the evening.” (No Kid Hungry)

One provider reported about their rushing to deliver an emergency food box to an older client who reached out with only about “two potatoes” left in the house. Similarly gut-wrenching, was the story of an older adult who had been surviving on cat food after fear and fatigue left her unable to get groceries. (Live On)

According to Census data in April–May 2020, a staggering 22.9% of New York State faced food insecurity, unable to afford enough food. That means that overall hunger doubled during the pandemic. (Hunger Free America)

There are stark disparities in food scarcity by race and ethnicity.

Mass losses in employment in the State have curtailed New Yorkers’ ability to afford food.

In July, nearly 11% of New Yorkers reported that their households were accessing free meals or groceries.

Older adults — especially older adults of color — are among the most vulnerable populations, just as they are most at-risk during the current pandemic. In addition to malnutrition, food insecurity has been linked to greater rates of high blood pressure, diabetes, and congestive heart failure, which is especially concerning given the role pre-existing health conditions play in the severity of COVID-19. (Live On)

Food insecurity rates are higher for children. Before the pandemic, 1 in 5 children in New York City faced food insecurity and with record jobs and wages lost, we estimate this number is now much higher. When kids don’t get the consistent nutrition they need each day and throughout the year, it’s harder for them to grow up healthy, happy, and strong. Consistent access to nutrition is linked to cognitive and physical development, test scores and long-term health and education outcomes. With the economic impacts of the coronavirus reverberating across the state, an entire generation is at stake. (No Kid Hungry)