Adorable therapy dog Coco is fighting for life after eating a poison-laced meatball while out for a walk with her owner.

Coco, who is a mini Groodle, is the best friend and aide of Tim Martin, 23, who suffered a brain injury and spent a year of his life in hospital.

The puppy was taken out for a walk to a dog park in Newstead, Queensland, on Monday where she ate the potentially deadly trap.

Coco immediately began to vomit and was ‘walking around like she was drunk’ before Tim and disability support worker Sami Morris rushed her to the vet. 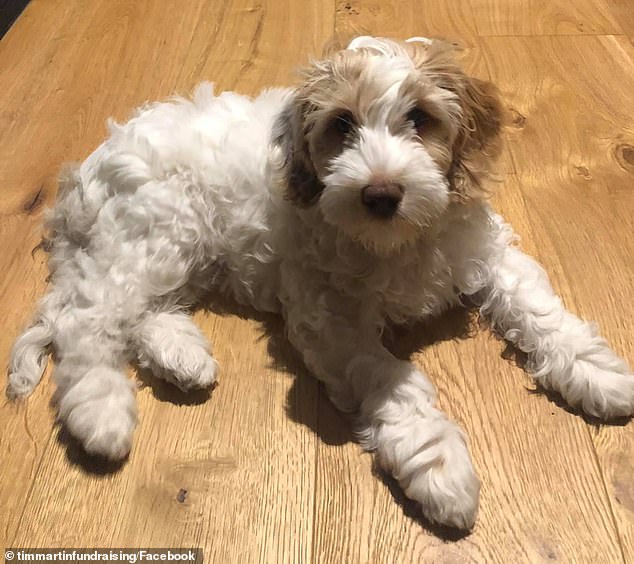 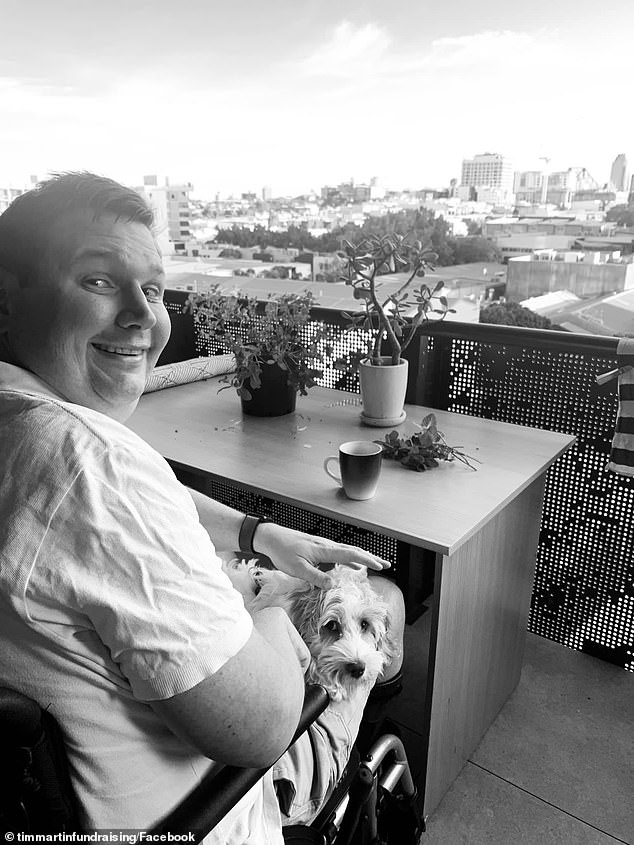 Coco, a mini Groodle, is a therapy dog for Tim Martin (pictured), 23, who suffered a brain injury and spent a year of his life in hospital

‘We almost lost her last night and she still isn’t out of the woods,’ Ms Morris told Courier Mail.

‘By the time I got to her she had vomited a few times, she had laboured breathing – when dogs have issues with toxins in their body they lose their gag reflex and they salivate a lot.’

Coco was given IV fluids but still remains in the emergency department with her owners fearing the worst.

The vet told Ms Morris that this is not the most recent baiting incident in the area, claiming that sausages with snail bait have also been found at parks causing other pets to be poisoned.

‘It’s a really beautiful community, and for something like this to happen is devastating, it’s frightening,’ Ms Morris said.

She warned pet owners to be on high alert when out for a walk with their furry family members.

Last year eight dogs died and another four were taken to vets for emergency treatment after a series of baiting incidents in dog parks in Brisbane.

‘The poison is thrown in with and rolled in mince-like meat as well as pieces of meat off-cuts,’ local animal group The Rescue Collective wrote on Facebook at the time.

‘Some dogs were believed to ingest the meat around the dog park and not actually in it … We encourage everyone to be vigilant no matter where they take their animals as those responsible could strike again.’ 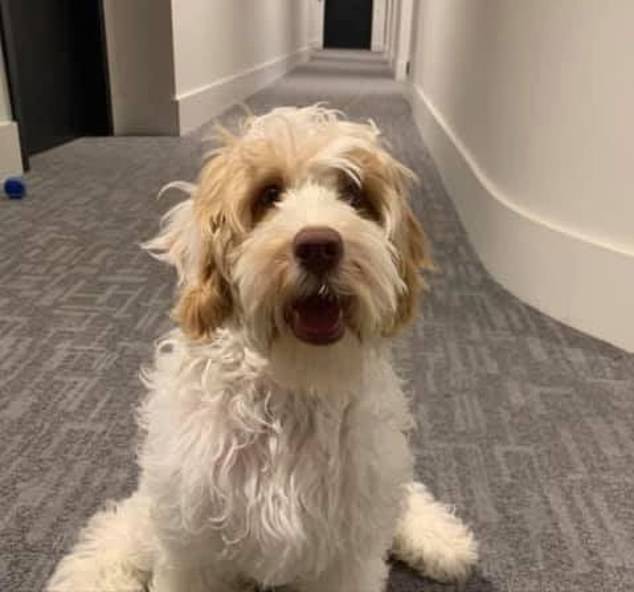