One of the most significant benefits of owning a cat is its low maintenance. Cats are known for being carefree at times, even ignoring their owner for a prolonged period. 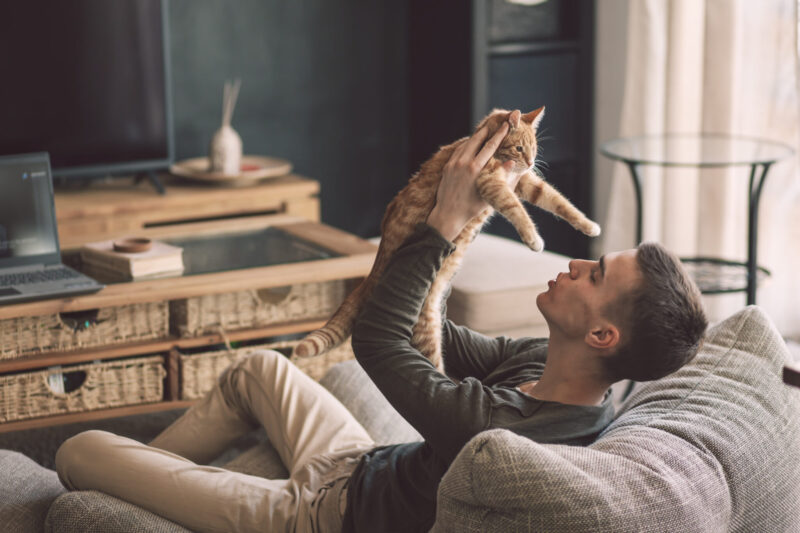 We live in a world where gender stereotypes continue to be rampant. For example, in the dating scene, a recent study shows that women are less likely to swipe right when a man poses with a cat. This might force men to think twice about owning a cat, no matter how much they want to. Male cat owners are perceived by women to be less masculine, which is absurd. It’s worth looking beyond such stereotypes and explore the many benefits of being a cat owner.

1) Owning a cat may be good for the environment

If you’re thinking more and more about your carbon footprint, then you might want to own a cat instead of a dog. Studies reveal that feeding a dog throughout its lifetime requires resources equivalent to running a full-size SUV. On the other hand, feeding a cat is estimated to share the carbon footprint of a small hatchback. That’s a sizable difference, which also means less money to spend on cat food. For instance, these low phosphorus cat foods are delicious, affordable, and beneficial for cats suffering from kidney disease.

It’s not surprising to hear stories about people turning to their cats during a stressful event. Many owners even report talking to their cat as a way of coping up. Experts explain that sharing your grief with a pet can be easier than talking to a person because you won’t have to worry about getting judged. Studies also show that cats help their owners get over their loss quickly, enabling them to suffer from fewer physical symptoms.

3) Cats are man’s best friend too

They are tired of hearing that dogs are man’s best friend? This isn’t to say that dogs don’t make good pets because they certainly do. But it’s time to give cats their due credit. One study shows that having a cat in the house is akin to having a romantic partner. That may sound strange, but you’ll agree once you own a cat. Cats love to initiate contact, and they’ve been shown to remember the kindness and return the favor later.

4) Cats don’t ask for too much of your time

One of the most significant benefits of owning a cat is its low maintenance. Cats are known for being carefree at times, even ignoring their owner for a prolonged period. They also know how to look after themselves. As long as they have a litter box and a food container, they’re all set. All this means you won’t have to spend a lot of your time to take care of them, allowing you to focus on your work and other essential tasks.

Many people don’t get pets because they suffer from allergies, so that this one might come as a huge surprise. Studies show that cat ownership can help in developing resistance to allergies, particularly in children. According to the National Institute of Health, children under a year old exposed to cats are less likely to suffer from allergies. Take note that this includes common allergies such as grass, dust mites, and ragweed. So if you have a baby in the house, this could push you toward finally owning a cat.